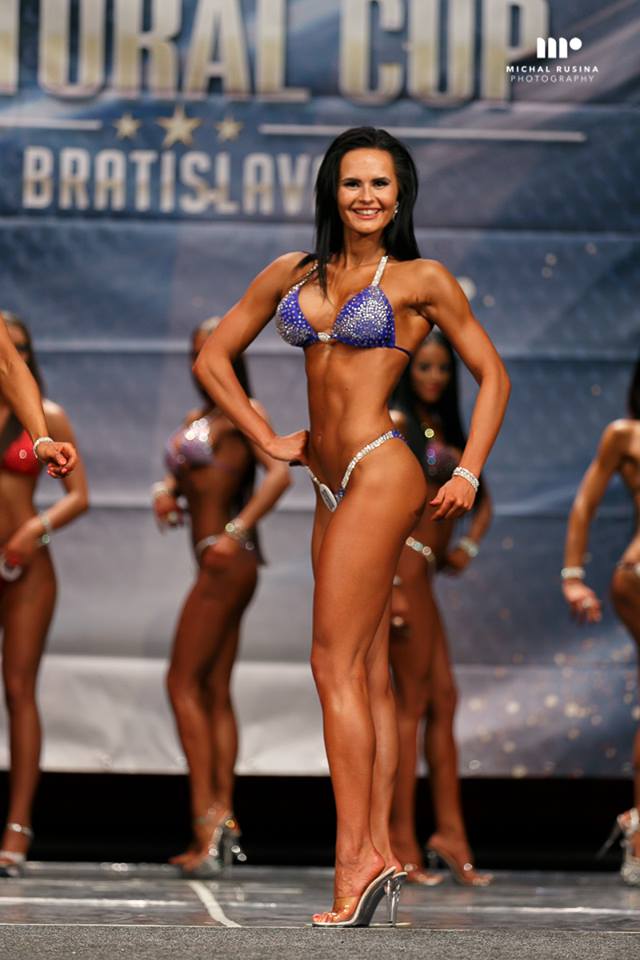 Basic rules of judges criteria of a natural bodybuilding

for the category Bikini Divas

An athlete shows swimwear for approval at the registration.

Clothing for all rounds is determined by the following criteria:

A supervisor (or a stage judge) lines the athletes on the stage according to their registration number beginning with the lowest number from the left side of the stage in a row (if necessary, in two rows). Athletes stand in the basic stance. Then they perform quarter turns based on the head judge‘s instructions. Consequently,they are instructed by the head judge to change the positions i.e.starting with the lowest registration number from the right to the left and are asked to repeat quarter turns.

Athletes stand in a line, according to registration numbers facing judges and perform four quarter turns to the command of the head judge – “Quarter turn to the right”.Judges compare and evaluate at least two and no more than five athletes at a time. The head judge, on his own, can decide to reject or correct the individual requirements of judges for comparison. All individual comparisons will be placed in the center of the stage and in the order from the left to the right as required by judges. Each judge is eligible to submit at least one request for comparisons.

This comparison is performed as follows:

Athletes stand with one hand on their hip and one leg is slightly forward and to the side. Feet are no more than 30 cm aside.

Quarter turn to the right:

Athletes make a quarter turn to the right with their left side turned to judges. Upper body is slightly turned towards judges, looking at judges. The right hand is on a hip, the left leg is slightly bent.

Quarter turn with the back to the judges:

Athletes make a quarter turn to the right standing with their back to the judges. Feet are no more than 30 cm aside. One hand is on the hip, the other hand is in a relaxed position beside the body. Athletes must not turn their upper body towards the judges.

Quarter turn to the right:

Athletes make a quarter turn to the right with their right side turned to judges. Upper body is slightly turned towards judges, looking at judges. The left hand is on a hip, the right leg is slightly bent.

Athletes make a quarter turn to the right, facing judges – they stand in a front pose.

Turns and poses are supposed to be of a modelling character, relaxed without tensing the muscles.

Judging in the 1st round:

* No pose should be repeated in the T-walk.

* No pose should be repeated in the I-walk.

Then, athletes come to the middle of the stage in a row in the order from the lowest registration number.

Subsequently, the whole row performs four quarter turns. The head judge (or a stage judge) changes the position of athletes from the highest to the lowest registration number and they perform quarter turns again. We compare symmetry, proportionality and the shape of a physique. After quarter turns, athletes can be asked to perform one final pose – Standing back to judges, hands behind the head and feet crossed.

After quarter turns, the finalists are asked to leave the stage.